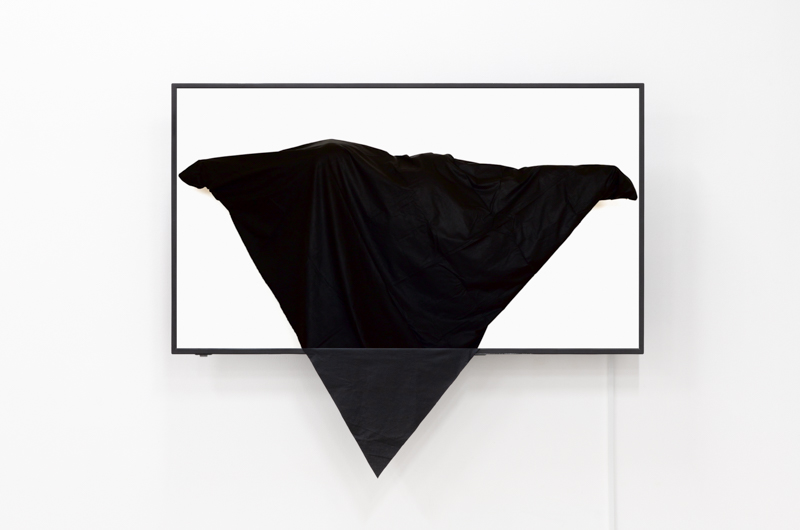 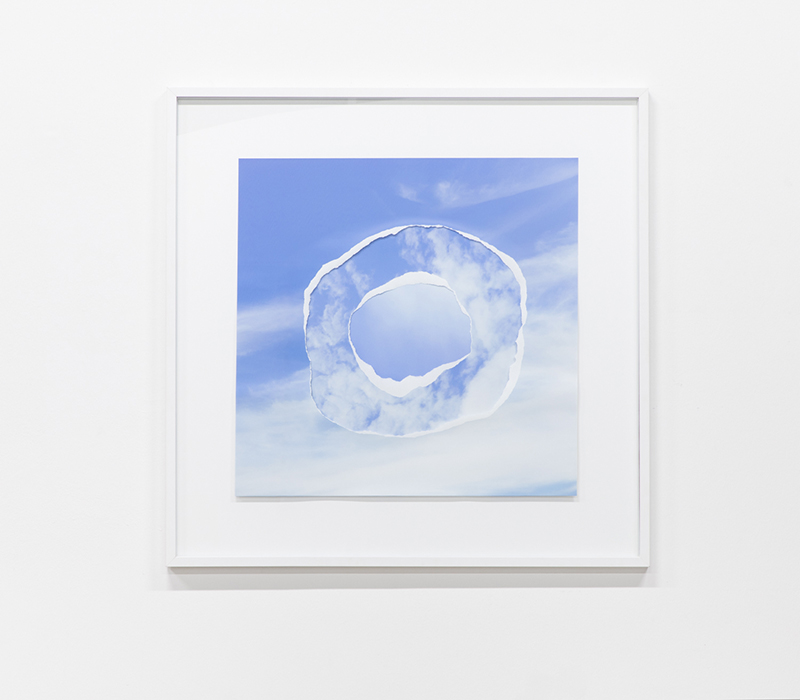 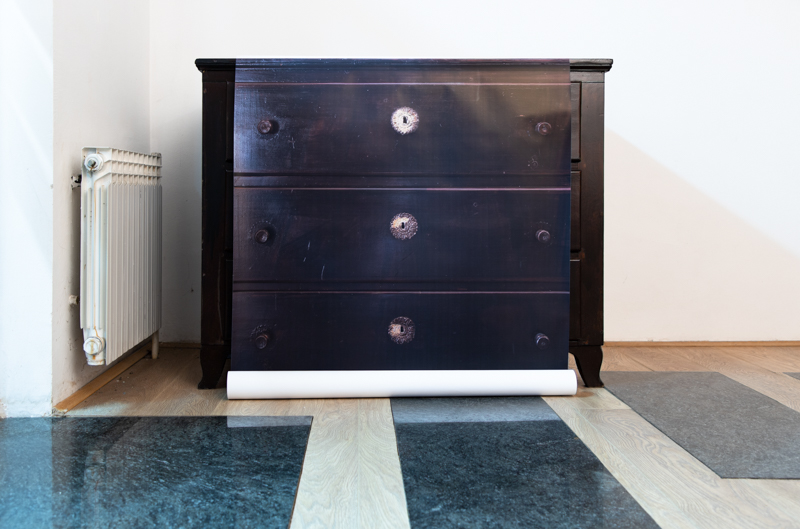 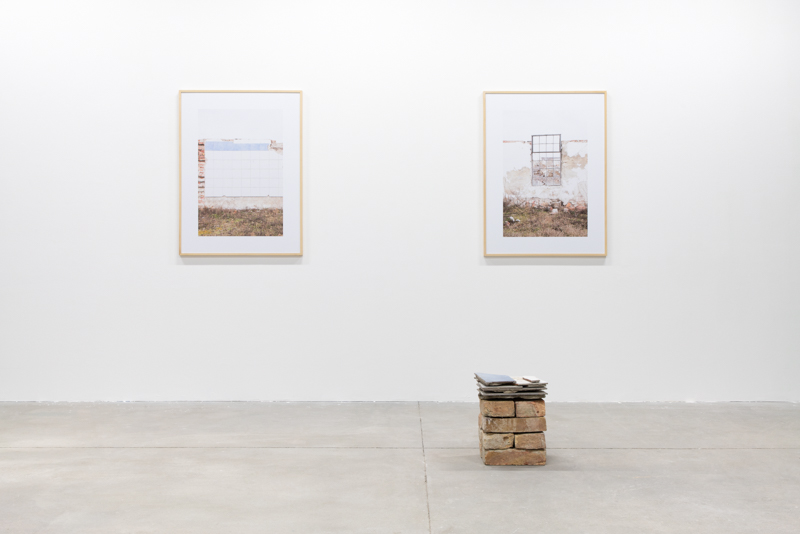 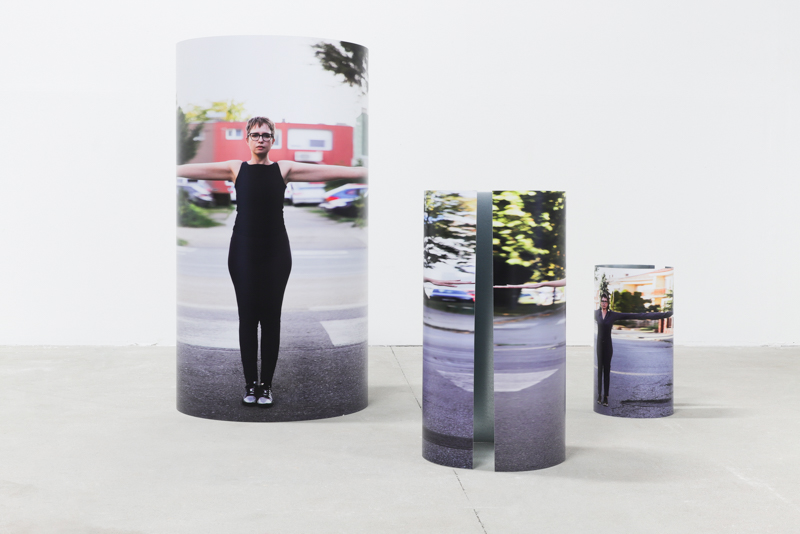 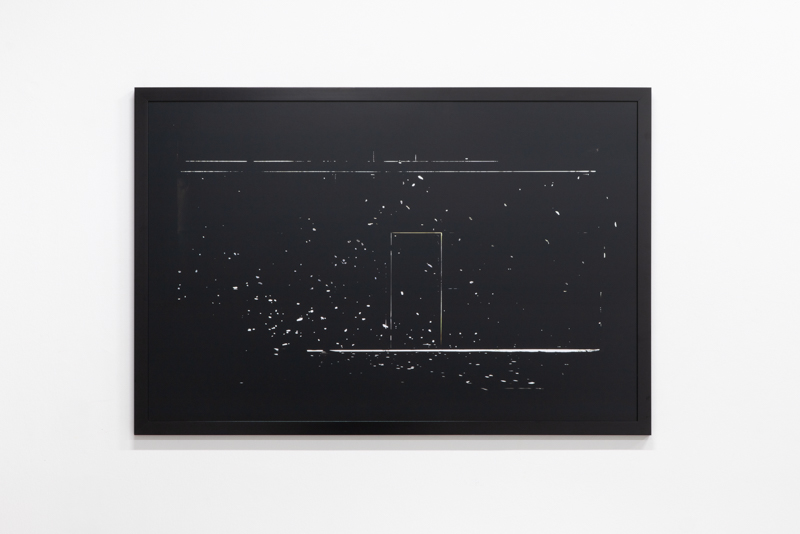 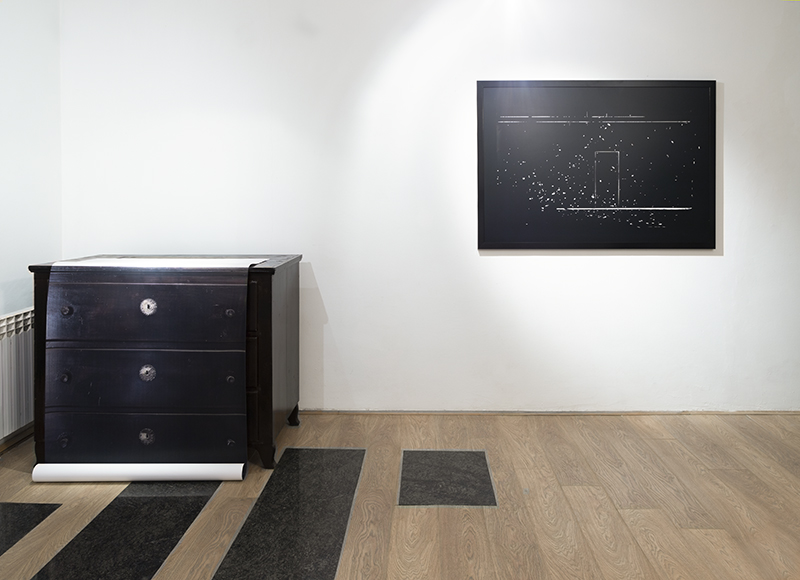 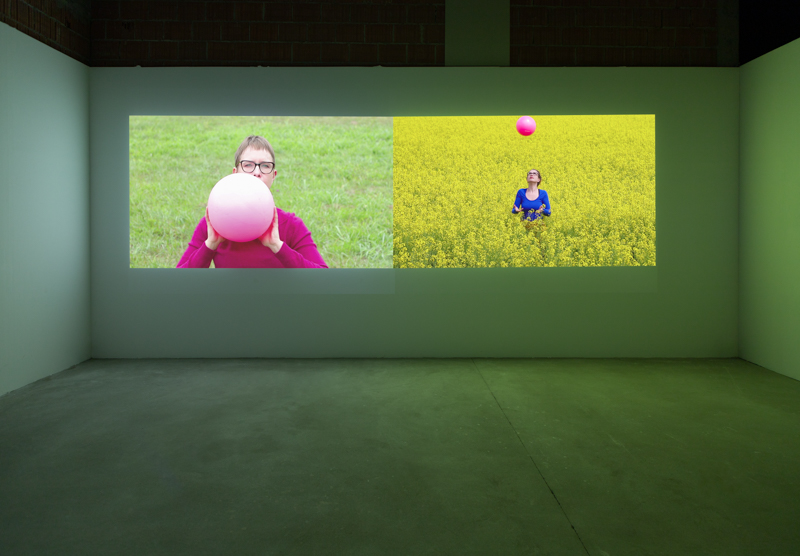 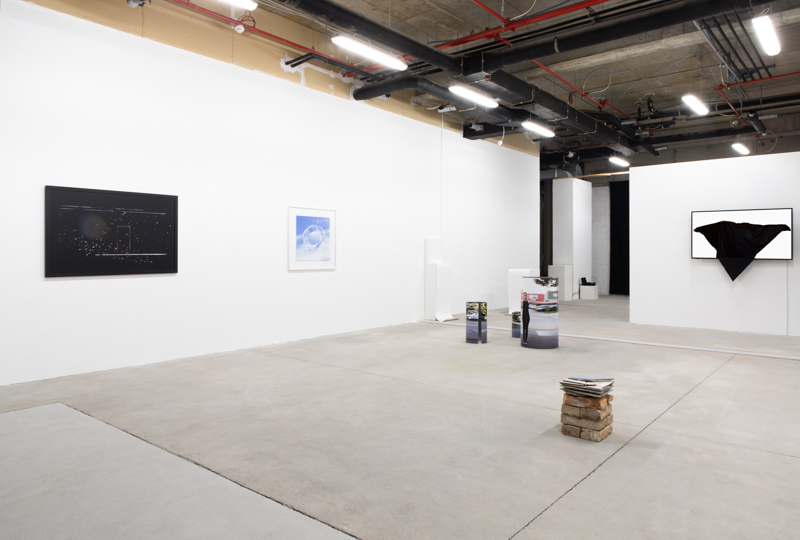 About the works:
On the edges of image and reality

The basic feature of Ana Petrovid’s latest artworks is the relationalization of physical space in connection to the space of visual media. Namely, we experience visual media in everyday life as a way for a three-dimensional physical space to be transformed into a two-dimensional one and then “transferred” or, better said, represented, in some other place and at another time. Traditionalpainting, but also photography and film, and especially modern electronic media, have accustomed us to the experience of transmission of visual information in a discontinuity that we consider natural. This means that we interpret areas of space-media encounter, such as the edge of a screen or a projected image, as a necessary cut between that there and this here, between before and now, reality and representation. In doing so, we do not pay attention to the fact that reality is limited only by the possibilities of our field of vision, while the reproduced image is limited by the technological predispositions that make it possible at all. In other words, man has always had to abstract from his own field of vision in order to be ready at all to understand the logic of any visual medium. The works of Ana Petrovid, assistant professor of media art at the Academy of Arts and Culture in Osijek, draw attention in various ways to the medium itself, to technical images that we consider an extension of our senses and that we expect to be invisible, to merge imperceptibly with the media. By effectively using stylistic figures of irony and metonymy in video installations, photographs and ready-made objects, Ana Petrovid brings us back to the material aspects of the media and reminds us that media (re) construction of reality, which we think is credible, is actually only sensitive and volatile visual information.

Ana Petrovid examines visual elasticity of different kinds of media. She was born 1985 in Bjelovar, Croatia. She graduated in 2011 from the Art Academy in Osijek. At the same institution is a teaching assistant of the courses Multimedia and intermedia and Photography.

Her work has been shown in numerous group exhibitions and solo shows in Europe. About the wide spectrum of her work she held several lectures in Germany, Hungary, Austria, Bulgaria and Croatia. Her works have been awarded in Croatia two times, by organizers Rovinj Heritage Museum (2016.) and the Museum of Fine Arts in Osijek (2021.).

Participated in workshops in Hungary, Macedonia, Serbia and Croatia, in duration between one and two weeks. Finished art residency in Graz, Austria, under the organization of Kulturvermittlung Steiermark, Internationales Haus der Autorinnen und Autoren Graz.

Her works have been published in numerous catalogs, news articles and art books with texts of most prominent art theoreticians and curators in Croatia, like Branko Franceschi, Boris Greiner, Branka Benčid, Blaženka Perica and Krešimir Purgar.

Co-founder of the art organization POPUP that operates since 2012 (til 2019), with the aim to broaden awareness of contemporary art in alternative exhibiting venues.

Lives and works in Osijek, Croatia.